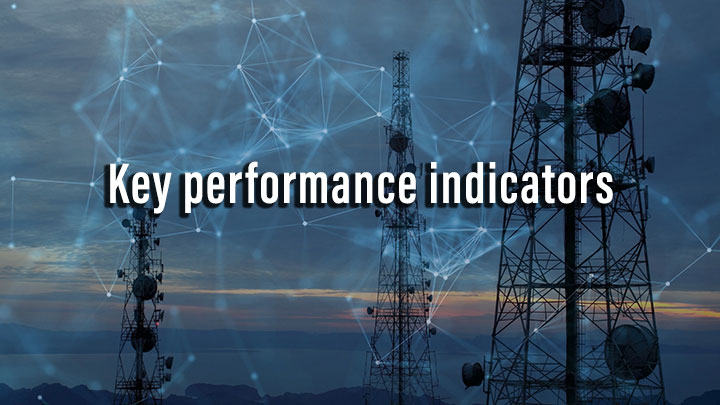 Peak data rate is the highest theoretical data rate which is the received data bits assuming error-free conditions assignable to a single mobile station, when all assignable radio resources for the corresponding link direction are utilized (i.e., excluding radio resources that are used for physical layer synchronization, reference signals or pilots, guard bands and guard times).

The peak data rate in NR can be calculated as follows.

Peak spectral efficiency is the highest theoretical data rate (normalized by bandwidth), which is the received data bits assuming error-free conditions assignable to a single mobile station, when all assignable radio resources for the corresponding link direction are utilized (i.e., excluding radio resources that are used for physical layer synchronization, reference signals or pilots, guard bands and guard times).

Bandwidth means the maximal aggregated total system bandwidth. It may be supported by single or multiple RF carriers.

The maximum supported bandwidth may be composed of either a single or
multiple radio frequency (RF) carriers. It is calculated by inspection.

The target for control plane latency should be 10ms.

For eMBB, the target for user plane latency should be 4ms for UL, and 4ms for DL.

For infrequent application layer small packet/message transfer, the time it takes to successfully deliver an application layer packet/message from the radio protocol layer 2/3 SDU ingress point at the mobile device to the radio protocol layer 2/3 SDU egress point in the RAN, when the mobile device starts from its most “battery efficient” state. For the definition above, the latency shall be no worse than 10 seconds on the uplink for a 20 byte application packet (with uncompressed IP header corresponding to 105 bytes physical layer) measured at the maximum coupling loss (MaxCL) of 164dB.

Mobility interruption time means the shortest time duration supported by the system during which a user terminal cannot exchange user plane packets with any base station during transitions.

The target for mobility interruption time should be 0ms.

A general URLLC reliability requirement for one transmission of a packet is 1-10-5 for 32 bytes with a user plane latency of 1ms.

For eV2X, for communication availability and resilience and user plane latency of delivery of a packet of size 300 bytes, the requirements are as follows:

Reliability = 1-10-5, and user plane latency = 3-10 msec, for direct communication via sidelink and communication range of (e.g., a few meters)

Note that target communication range and reliability requirement is dependent of deployment and operation scenario (e.g., the average inter-vehicle speed).

Link level evaluation with deployment scenario specific operating point and system level simulation are to be performed for the evaluations of Indoor Hotspot, Urban Macro, Highway, and Urban grid for connected car.

The target for coverage should be 164dB.

The coupling loss is defined as the total long-term channel loss over the link between the UE antenna ports and the eNode B antenna ports, and includes in practice antenna gains, path loss, shadowing, body loss, etc.

The MaxCL is the limit value of the coupling loss at which the service can be delivered, and therefore defines the coverage of the service.

The MaxCL is independent of the carrier frequency. It is defined in the UL and DL as:

UE battery life can be evaluated by the battery life of the UE without recharge. For mMTC, UE battery life in extreme coverage shall be based on the activity of mobile originated data transfer consisting of 200bytes UL per day followed by 20bytes DL from MaxCL of 164dB, assuming a stored energy capacity of 5Wh.

The target for UE battery life for mMTC should be beyond 10 years, 15 years is desirable

Connection density refers to a total number of devices fulfilling a target QoS per unit area (per km2), where the target QoS is to ensure a system packet drop rate less than 1% under given packet arrival rate l and packet size S.

where a packet is in outage if this packet failed to be successfully received by destination receiver beyond packet dropping timer.

The target for connection density should be 1 000 000 device/km2 in urban environment. 3GPP should develop standards with means of high connection efficiency (measured as supported number of devices per TRxP per unit frequency resource) to achieve the desired connection density. 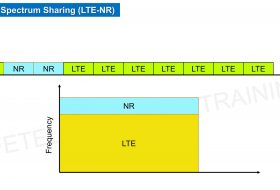